Studies confirm that drinking coffee reduces the risk of the onset of Type 2 diabetes. 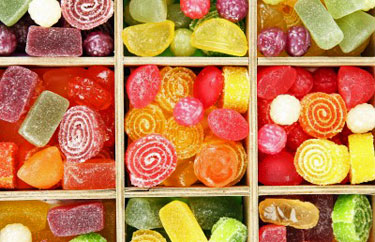 Medical researchers have been aware of the beneficial connection between coffee and diabetes for many years now.

If you feel that your family medical history or lifestyle put you at risk of getting Type 2 Diabetes, then drinking coffee can significantly reduce that risk.

Diabetes affects an estimated 18.2 million Americans, and the number rises each year. Type 2 diabetes is the most common form of the disease, and prevents the body from producing enough insulin.

Here's an excerpt from recent press release, just to give you an idea of the amount of study that has gone into the topic of coffee and diabetes.

Boston, MA— A study by researchers at the Harvard School of Public Health and Brigham and Women’s Hospital has found that participants who regularly drank coffee significantly reduced the risk of onset of type 2 diabetes, compared to non-coffee drinking participants.

The researchers also found that for men, those who drank more than six cups of caffeinated coffee per day reduced their risk for type 2 diabetes by more than 50 percent compared to men in the study who didn’t drink coffee.

Among the women, those who drank six or more cups per day reduced the risk of type 2 diabetes by nearly 30 percent.

Coffee and Diabetes – a risk reduction of between 30% and 50%

A more recent meta-analysis of studies of the correlation between coffee consumption and diabetes showed that every additional cup of coffee, up to 6-8 cups per day, was associated with a 5-10% lower risk of developing type 2 diabetes.

Drinking 3-4 cups of coffee per day was associated with an approximate 25% lower risk of developing type 2 diabetes compared to consuming none or less than 2 cups per day.

When studies show that drinking several cups of coffee a day can reduce the risk of the onset of type 2 diabetes by between 25% and 50%, it makes you question all that media talk about coffee being bad for you.

Also, imagine what would happen if a big pharmaceutical company came up with a drug that reduced the risk of type 2 diabetes by 50%. It would be hailed as a miracle drug, and the company would make billions of dollars in profits.

Of course, you and I don't need those drugs because we have coffee.

The story of coffee and diabetes is just one example of how drinking coffee can prevent serious, life-threatening diseases.

Coffee has numerous health benefits. In addition to which, discovering the world of coffee and the myriad flavors you will enjoy can become a lifelong pleasure and adventure.