If you are looking for a miracle health cure, you’ll find it in your cup of coffee. 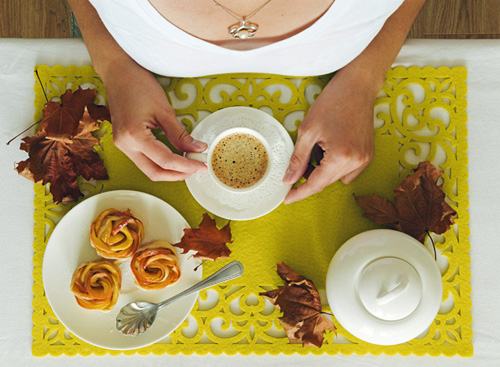 If coffee was discovered today, for the first time, and researchers immediately figured out all of its health benefits, it would be hailed as a miracle cure.

Live longer, lose weight, reduce your chances of getting various cancers, avoid Alzheimer’s disease…and so on.

We’ll get to a more complete list of coffee’s health benefits shortly. But for now, here’s the question: How come coffee isn’t seen and promoted as a health drink? After all, there is no other “miracle” herb, berry or concoction that even comes close.

The short answer is that coffee has a long history and a strong “brand”. That is to say, we already have long-held perceptions about coffee. It’s what we drink to stay awake when we’re sleepy. It gives us a lift first thing in the morning. It’s what we drink at the end of a meal at a restaurant.

In fact, if we have an opinion about coffee and health, the association is probably a little negative. We don’t want our kids to drink it because of the caffeine. And caffeine gets a black mark or two simply because it’s addictive.

But perhaps the biggest knock against coffee happened about 30 years ago when Harvard University published a study which suggested there was a connection between coffee and cancer. The media picked up the story and ran with it, over and over again.

Harvard later acknowledged that the study was flawed, and withdrew it. But the damage was done.

Today we love coffee for its taste and its buzz. And we love what came out of the rise of the gourmet coffee movement, with all those wonderful espresso-based drinks, like Cappuccino, Lattes, Americanos and more.

As for coffee’s health benefits, we still don’t think of those much. But we should, because they are significant.

A recent NIH-AARP Diet and Health Study found that drinking coffee was associated with living longer. This applies to both men and women.

In a study presented at the 243rd National Meeting & Exposition of the American Chemical Society (ACS), Joe Vinson, Ph.D., and colleagues described how a group of overweight or obese people who consumed a fraction of an ounce of ground green coffee beans each day lost about 10 percent of their body weight.

A study led by researchers at the University Medical Center Utrecht found that people who had two to four cups a day of coffee had a 20 percent lower risk of heart disease.

A study by researchers at the Harvard School of Public Health and Brigham and Women’s Hospital found that participants who regularly drank coffee significantly reduced the risk of onset of type 2 diabetes, compared to non-coffee drinking participants.

In a Florida-based study, lead researcher Chuanhai Cao in a University of South Florida said: "We are not saying that daily moderate coffee consumption will completely protect people from getting Alzheimer's disease. However, we do believe that moderate coffee consumption can appreciably reduce your risk of this dreaded disease or delay its onset."

According to Arthur Klatsky, an investigator with Kaiser Permanente's Division of Research and the lead author of a study on coffee and liver disease: "Consuming coffee seems to have some protective benefits against alcoholic cirrhosis, and the more coffee a person consumes the less risk they seem to have of being hospitalised or dying of alcoholic cirrhosis."

According to an editorial published in the American Journal of Clinical Nutrition, a recent analysis of the best studies published to date suggests coffee consumption may lead to a modest reduction in overall cancer incidence. Each daily cup o' joe was associated with about a 3% reduced risk of cancers, especially bladder, breast, mouth, colorectal, endometrial, esophageal, liver, leukemic, pancreatic, and prostate cancers.

Michel Lucas, PhD, RD, an epidemiologist at Harvard School of Public Health in Boston, Massachusetts, stated: "If depressed patients are refraining themselves to 1 coffee per day because they think that's all they should have, why not try suggesting they drink more, as long as it doesn't go over 4 cups a day? We still need a large randomized controlled trial to look at this effect, but as long as it's not over a certain amount, upping the intake shouldn't hurt, and may be helpful."

In the words of Dr Euan Paul, executive director of the British Coffee Association: “This evaluation builds on sound research in this area which has demonstrated that moderate coffee consumption may protect against the onset of Parkinson’s disease. Further research to determine the mechanism of action is required, however the results are very encouraging.”

And that’s not all…

In addition to protecting us against some major diseases, coffee also helps in other ways.

For a start, coffee provides Americans with their largest single source of antioxidants. It helps boost your memory too. And it can reduce aches and pains resulting from exercise. It can even reduce cavities!

In other words, coffee really is the all-natural miracle health cure we are looking for.

Each month we read about the health benefits of some exotic herb or berry. But not one of them can hold a candle to coffee. And coffee tastes great too!