Gourmet coffee – from Peet's in Berkley, Starbucks in Seattle, and beyond. 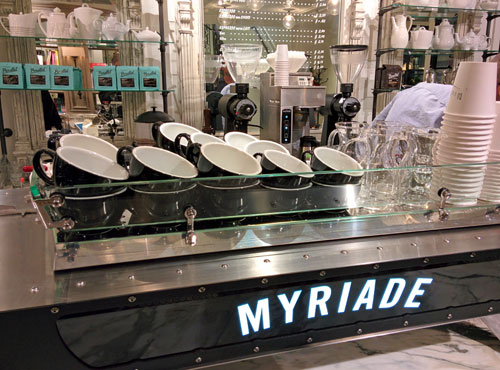 When Alfred Peet moved from Amsterdam to America in 1955, there wasn’t a cup of gourmet coffee to be found anywhere.

In Europe, people were used to enjoying a fine cup of fresh coffee, brewed from the best Arabica beans.

But at that time, in the US, the big coffee companies were selling low quality ground coffee in cans which sat on supermarket shelves for months. There was no good gourmet coffee.

Why did Alfred Peet care so much? He was the son of an Amsterdam coffee trader, so he knew what the real thing tasted like.

In 1966 he opened a small coffee store on Vine Street in Berkley, California. There he began to sell his dark roasted coffee beans. (The big companies made their coffee from medium roasted beans. The more you roast the beans, the more moisture you lose and, if you sell by weight, the less money you make.)

To be fair, there was another North American coffee company selling quality beans at that time. They were and still are called Murchies, and are based in Vancouver, Canada.

Peet’s started a movement...and Starbucks turned it into an avalanche.

While Peet’s served the needs of gourmet coffee drinkers in southern California, and still does, three of their customers had the idea of opening the same kind of store up in Seattle.

Gerry Baldwin, Gordon Bowker and Ziv Siegel opened the first Starbucks store in 1971. It was based in Pike’s Market on the Seattle waterfront. (Pike’s Market is a great place, filled with all kinds of specialty stores.)

To begin with, until they got their first roaster, they bought their beans from Alfred Peet.

How did Starbucks get to be so big?

Starbucks was successful right from the start, tapping into people’s desire for a good cup of gourmet coffee, and turning a profit from day one.

They served their market in Seattle, but how did Starbuck’s end up with thousands of stores, all over the world? The root of their phenomenal expansion lies in the hiring of Howard Schulz 1982. He moved from Brooklyn to Seattle to join the company, and has been its Chairman and CEO since 1987.

Like the founders, he has a passion for quality, gourmet coffee. Beyond that, he had the business skills to take their vision and turn it into a world-beating organization.

Is it time to get back to the basics?

The beans are still just coffee beans, but the business of making and serving coffee seems to know no limits in growth. Coffee makers are becoming more and more sophisticated and expensive. And the variety of coffee drinks and flavors is mind boggling.

Moving on to the third wave.

While Starbucks has become a big business, there are plenty of new contenders in what is known as the third wave.

These are the coffee shops that hold to the basics, buying beans for their quality, roasting them in small batches and brewing them by hand.

And these shops are run by people who still truly care about coffee and making the best possible brew, often with simple brewing systems like the Chemex or filter cone.

A few of these companies jump to mind, including Intelligentsia Coffee & Tea of Chicago, Stumptown Coffee Roasters and Counter Culture Coffee.

We’ll leave you with a simple Coffee Detective Tip...

If you want to make a perfect cup of gourmet coffee, all you need is a handful of beans, a $15 grinder and a $10 filter cone drip brewer.

And a kettle. But you probably already have one of those.

Making great coffee may have become a huge business. But enjoying coffee needn't be a huge expense. 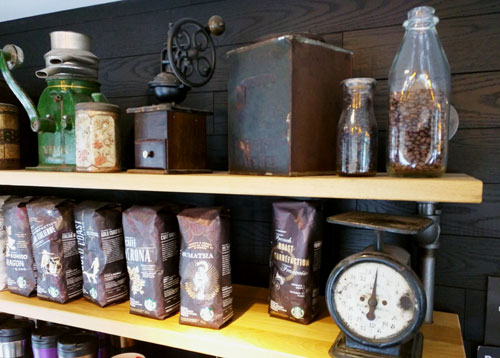 To be fair to Starbucks, their stores do have a great atmosphere, and they do sell some quality coffee beans by the bag.