Make a better brew by grinding your coffee a little coarser. 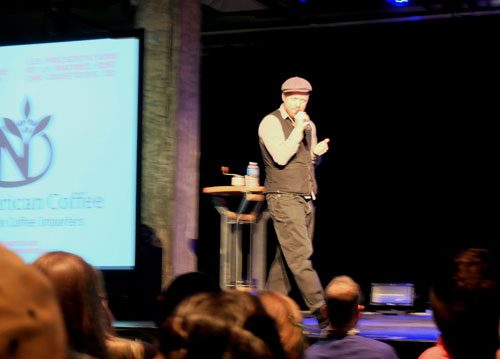 A few years back I attended East Coast Coffee Madness in Montreal. It was a terrific event. I had a great time and would like to thank the organizers for inviting me. Thanks!

After wandering from booth to booth, sampling way too much coffee from various roasters, I settled down to listen to one of the presentations.

The speaker was Jeremy Challender of Prufrock Coffee from the UK.

His message was to coffee professionals. He was talking about the economics of different ways to prepare coffee in coffee shops.

But… he did make a point I think we can all learn from.

He was talking about how fine to grind your coffee beans. In coffee shops they tend to grind their beans finer rather than coarser. Why? Because if you have a finer grind, with smaller coffee particles, you can reduce the brew time.

In other words, if you want to extract the flavor from a coffee bean a little faster, grind it a little finer. And in coffee shops they can make more money if they can brew each cup or batch a little faster.

But there is a downside to grinding your coffee too fine.

You get more “fines”.

Fines are the tiny, tiny coffee particles that result from grinding coffee beans.

Instead of grinding a coffee bean, imagine you’re cutting up a length of wood. You cut it into the lengths you want with a saw. And once you’re done, there is a pile of sawdust on the floor. That sawdust represents the fines.

When you grind coffee beans, as well as getting coffee particles of the size and coarseness you want, you also get the coffee bean equivalent of sawdust.

When this sawdust – the coffee fines – are immersed in water during the brewing process, their flavors are hopelessly over-extracted, resulting in a bitterness in the brew.

The finer you grind your coffee – or the more cuts you make to that length of wood – the more fines (sawdust) you’ll get.

For better coffee, grind your beans a little coarser.

For a better brew with less bitterness, you want to grind a little coarser and increase the immersion time a little to compensate.

This isn’t something you can do with a system like a drip brewer, which has a fixed brew cycle. But you can do it with pour over, or if you’re using a French Press or an Aeropress.

Thank you Jeremy! I know you were talking primarily to an audience of coffee shop owners, but this tip is something I think every coffee lover can try at home.

And if you are in striking distance of Montreal, and missed East Coast Coffee Madness this time around, watch for it next year. 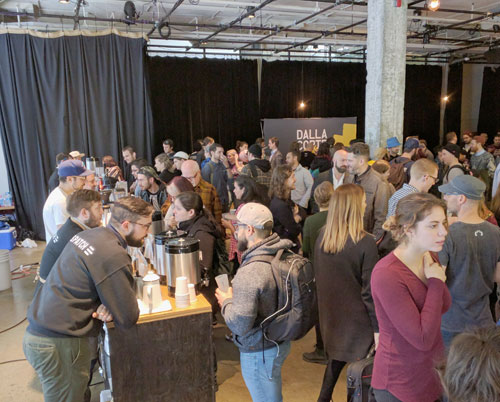 A sampling of the highly-caffeinated attendees at East Coast Coffee Madness 2016. 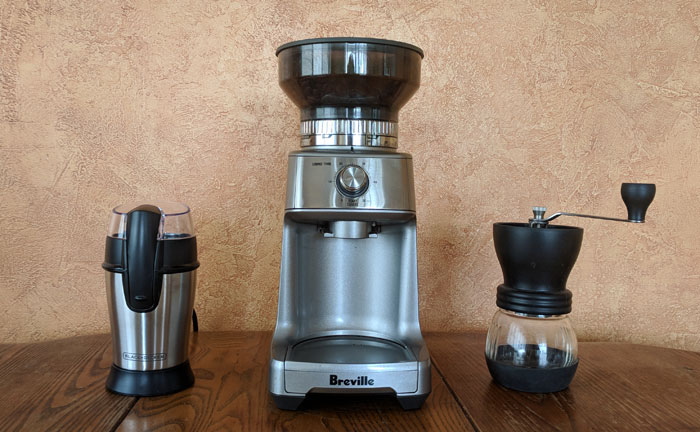