How drinking coffee can protect you from liver disease. 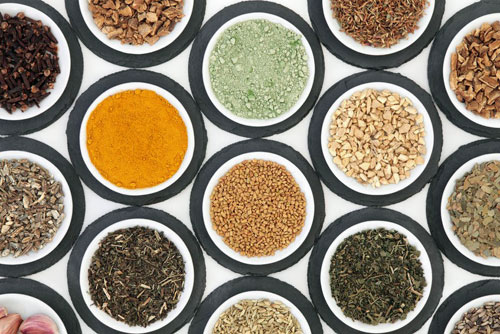 Various herbs and plants that are reputed to be good for your liver.

There's plenty of good news about coffee and liver disease.

After so many years of being told that coffee is bad for us, it’s hard to keep up with the more recent studies that tell us the opposite.

Whether it’s diabetes, colon cancer or the effects of smoking, all we hear now is good news about coffee.

With regard to liver disease, consider these news items:

7/24/2003 - Drinking three cups of coffee daily may reduce the risk of mortality from liver cirrhosis, suggest researchers in Norway.

The team from the Norwegian Institute of Public Health in Oslo followed up 51,306 adults who underwent screening for cardiovascular disease from 1977 to 1983. During this time, 53 deaths were cirrhosis-related, and 36 of these deaths were attributed to alcoholic cirrhosis.

The relative risk of liver cirrhosis, adjusted for sex, age, alcohol use and other major cardiovascular risk factors, seemed to be reduced by 40 per cent for those drinking three daily cups of coffee. For alcoholic cirrhosis the results were identical, reported the researchers in this month's Annals of Epidemiology.

“The present study confirms the existence of an inverse association between coffee consumption and liver cirrhosis,” concluded the researchers, although they could not explain which component of coffee was producing the protective effect. The beneficial ingredient is unlikely to be caffeine however.

In a study conducted between 2005 and 2010, researchers found that compared with non coffee drinkers, those who drank three cups a day or more were about 25 percent less likely to have abnormal liver enzyme levels. Among the more than 2,000 who drank only decaffeinated coffee, the results were similar.

According to Dr Alex Hodge, a consultant gastroenterologist and liver disease specialist at Monash Health, “We collected data from over 1100 liver clinic patients at Monash Medical Centre over 18 months and found that drinking coffee reduced liver stiffness (a measurement of liver disease) in patients with hepatitis C, hepatitis B and fatty liver. These findings were noted even when confounding factors such as weight, alcohol and smoking habits were taken into account.”

Nobody is suggesting that coffee will cure you of liver disease, not now or in the future. But it’s reassuring to know that the brew we enjoy so much has some very healthy attributes.

Coffee and liver disease is just one of the areas where coffee appears to play an active and positive role.


About the author: Nick Usborne, aka Coffee Detective, is a writer and long-time coffee enthusiast. Read more…﻿