This is my first glass of nitro coffee. 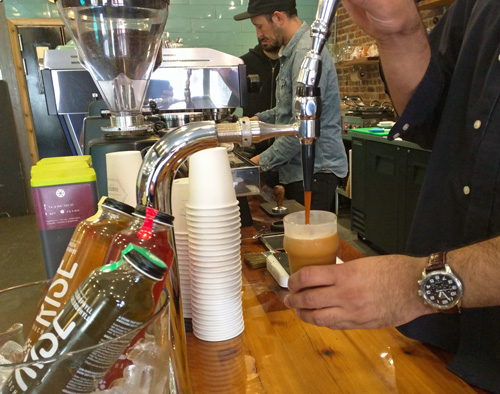 I know, it looks like he’d drawing a half pint of beer. It even looks like beer.

Nitro coffee is one of the new things out there. One step up from regular cold-brew coffee.

The process starts off the same. The coffee is made with the cold-brew method, over a period of 12-18 hours.

Cold brew makes a coffee that is smoother, with lower acidity, and it has a chocolaty sweetness to it. It’s all the rage in third-wave coffee shops.

The next step, hit upon by Ben Sandler, the owner of The Queens Kickshaw in Astoria NY, was to imagine how cool it would be if you could pull a glass of coffee the same way you do with a glass of beer.

In the world of beer that is done by adding pressure to the keg under the counter. So Ben and one of his baristas asked the question, “Why not with coffee too?”

Nitro coffee is the result of that conversation.

The nitrogen not only pushed the coffee out of the keg, but also adds a velvety head to the coffee, just like with a glass of stout. Arguably, it also makes the whole glass of coffee a little smoother too.

And yes, it looks an awful lot like a glass of Guinness.

I had my nitro coffee here in Montreal, at the Paquebot Café on Rue Belanger. That’s where I took the photos too. They brew regular coffee and espresso drinks, but nitro coffee is their signature offering. 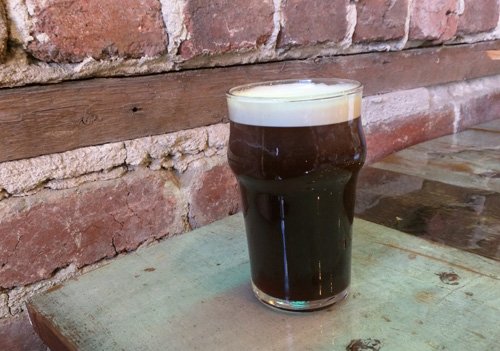 In all its glory, looking suspiciously like a cool glass of stout.

Did I enjoy my nitro coffee?

Very smooth. You get the slight bitterness you associate with coffee, and a soft sweetness too. I can see myself really getting into it over the hot days of summer. Maybe less during the winter.

And here’s the weird thing. If I had been blindfolded, and someone told me they were giving me a glass of cold stout, I could almost have believed them.

Think about it…cold, bitter, smooth, sweet. Couldn’t that be a craft stout?

Of course, in the end, you think, “Dang, this is coffee!” But it’s a weird first moment or two, as you pick up the frosty beer glass, feel the froth on your upper lip and take that first cold sip.

Keep your eyes put for nitro coffee. If it’s not there already, it will be coming to a coffee shop in your neighborhood soon.

And it won’t stop there. There are folks out there who are already working with nitro coffee as the base for a range of coffee cocktails.

Hmmm…whatever happened to a regular cup of Joe?

And now it's time for nitro latte in a can! 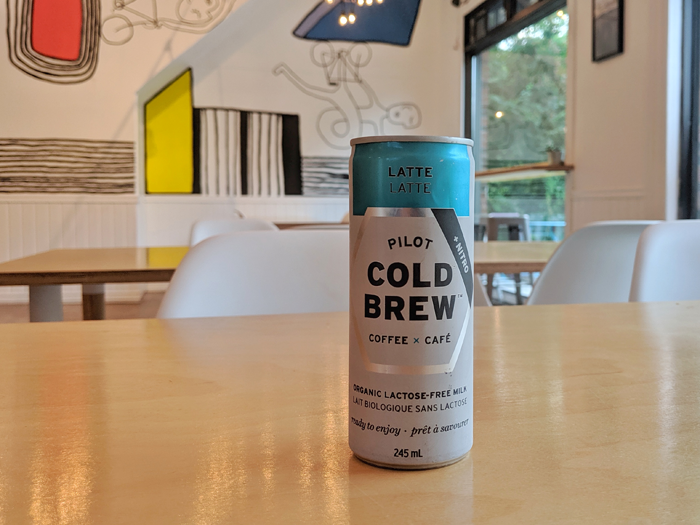 I found this nitro latte coffee in a can at my local coffee shop.

A year or so after my first experience drinking "draft" nitro beer, I found this can in a local coffee shop just a few minutes from where I live.

Not only is this nitro coffee in a can, but it's latte in a can as well.

It's amazing how quickly things catch on.

A year ago nitro coffee was a new and weird thing. And today it's ordinary enough to put in a can.