Here in the West it’s tempting for us to think people in other parts of the world make and enjoy their coffee the same way we do.

Drip brewers, single-serve brewers, the French press… and so on.

Well, that’s not the case.

Other countries have their own traditions and their own ways of brewing a great cup of coffee.

Here are just 4 of them… 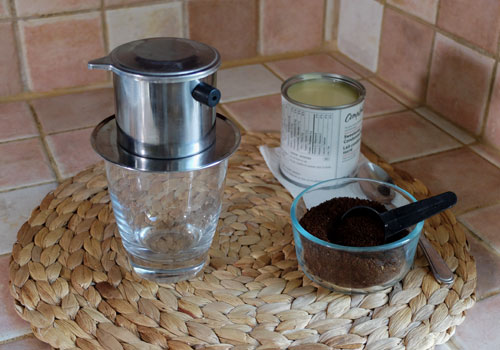 The first time I had Vietnamese coffee was in a small restaurant in Austin, Texas. And I loved it.

The setup they brought to our table – the traditional Vietnamese Phin filter - was exactly the same as the one you see in the photo here.

I suspect someone out there has cornered the market in these simple brewing systems. And they all seem to be made in Vietnam.

They’re super-simple to use, and you mix the coffee from the brewer with condensed milk.

A little weird, and very sweet. But good too! 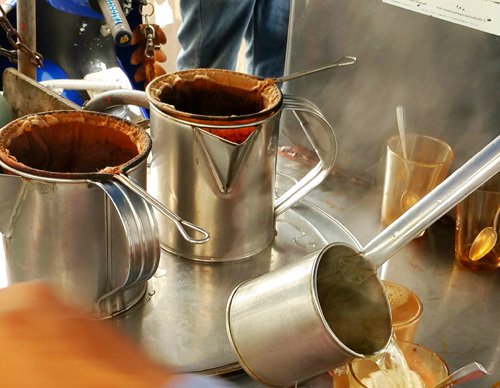 Using a sock is one of the simplest ways to make coffee, and one that has been used for a long time in countries like Cuba, Mexico, Singapore, Malaysia, Thailand, Indonesia and Costa Rica.

It’s hard to say where the method originated, but it’s easy to imagine the idea came to a lot of people separately in different places. After all, it’s a very simple and inexpensive idea.

The brewing equipment comprises a cotton sock attached to a wire hoop with a handle.

And yes, you can buy a traditional coffee sock through Amazon. 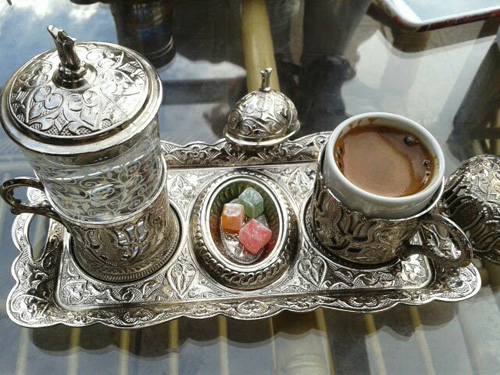 Strictly speaking, “Turkish coffee” was first made in Egypt. But today it’s more closely associated with coffee traditions in Turkey, much of the Middle East and the Balkans.

Turkish coffee breaks all the rules of modern coffee making.

First, the coffee grounds and water are boiled together. Gasp!

Second, you add sugar during the brewing process, not after the coffee is poured.

Third, no filter is used. So you end up with plenty of coffee grounds in your cup.

So yes, it breaks the rules. But the coffee is great. 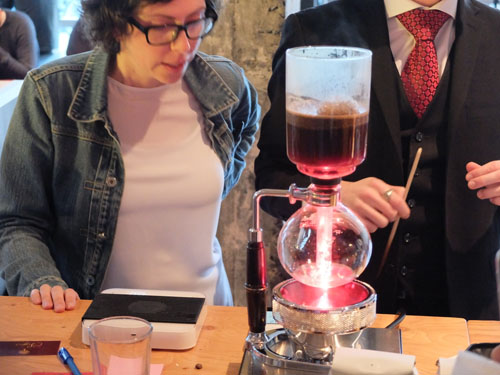 By the look of all those clean, modern lines – and the glass - you might think vacuum coffee makers are something new.

- You put water in the lower chamber and ground coffee in the upper chamber.

- When heat is applied to the lower bowl, the water rises up a central stem and mixes with the ground coffee.

- When the heat is removed, and the pressure in the lower bowl falls, the hot water is sucked back down into the lower bowl, through a filter.

- You then serve the coffee from the lower chamber.

The whole process works through the rise and fall of air pressure within the chambers when heat is applied, and then removed. Hence the name – vacuum coffee maker.

Which coffee maker is best for you and your home?

Drip brewers, single serve brewers, pour-over brewers, the French press. So many choices! Find out which is best for you...