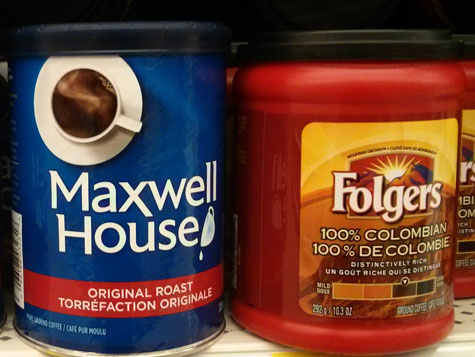 First, let me say I have no idea what is going on with Maxwell House coffee, or Folgers.

I don’t drink the stuff, and can only report what other people have been saying.

But it sure seems that something is going wrong.

Elsewhere on this site there is a very active comment stream, with dozens of people complaining about Maxwell House coffee and, to a lesser degree, Folgers.

From what everyone is saying, these coffees are not only tasting awful, but are actually making people ill.

The first few times people posted comments about Maxwell House coffee making them sick, I took what they said with a pinch of salt.

But then more and more people chimed in and said they were feeling sick too.

The most common complaints seem to be migraines, stomach aches and nausea.

With so many people now writing in with similar experiences, I can only conclude that there really is something wrong with these coffees.

And if Maxwell House or Folgers coffees have been making you feel sick, chime in with your own comments.

Here are just some of the things people have been reporting…

“I used Maxwell house for years then suddenly I started getting stomach aches and upset stomach when I drink it. I gave my nephew the rest of the plastic container. He told me it made him sick too. I sent Maxwell House an email to report this but did not get an answer. A co-worker told me today that she quit drinking coffee because it started making here sick. I ask her what brand it was. It was Maxwell house. What is the company going to do? Wait till it makes someone deathly I'll before they pull the stuff off the shelves?”

“When I drink Maxwell House "Original Roast" my the whole area of nose & around nose skin peels. White skins flakes. I quit, it stops. I start it again, the area peels again...What is going on!!!???”

“Several weeks ago I started getting headaches in the late morning that on a few occasions turned into migraines so bad I vomited. What the hell? The only common denominator was the Maxwell House coffee. Though I'd search the web to find if anyone else had this issue and, sure enough, I found this sight. My Maxwell House is going in the garbage.”

“I have also had an allergic reaction to Maxwell House Gourmet Roast. For a while I thought it was caused by a greater sensitivity to caffeine but recently realized some types of coffee don't cause me to feel sick. In my case, MH makes me feel unsteady as if I'm going to fall over. I'm thinking it must be the beans the company uses. This morning I switched to Hills Brothers and felt fine.”

“The past 2 days i have had violent 'runs' for most of the day..suddenly realized that it coincided with when i switched to the 'Wake Up' M/H coffee...so sad..have been a loyal M/H customer for 40 years.”

“Tried Maxwell House a few weeks ago and started getting daily long term headaches. Tried it again yesterday thinking maybe i had a cold but instead i got instant 8 hour migraines......I'm thinking chemicals. Nothing gives me instant migrains. Maybe the insecticides or something. I would stay away from this stuff! Its going in the trash. Can't give it away and wouldn't.”

“I have been a faithful Maxwell House coffee drinker for years.Today, I thought I would blog to see if there were others who were having my same experience,stomach issues.I discovered there were many others. I will be weaning myself from MHC.I will be trying other brands for relief.”

“I'm so glad to find this site! I thought it was only me who's having a problem. After drinking Maxwell House's coffee it feels like I have a stomach bug!!” 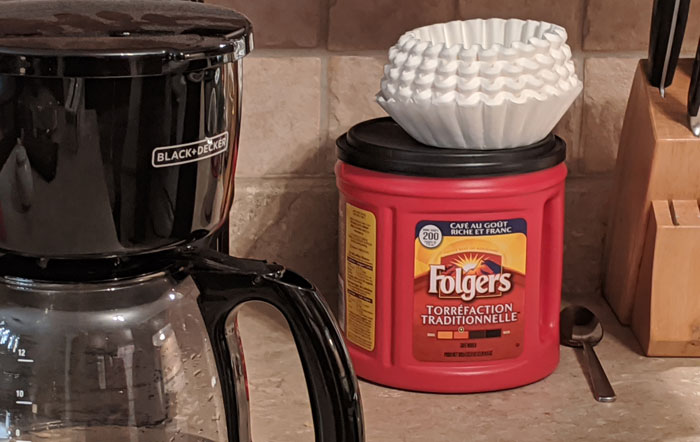 “Been drinking Folgers Classsic Decaf coffee crystals and developed early morning runs to the bathroom as a result. This stuff should be renamed Turbo Laxative ! What the heck is in it? Good-bye Folgers.”

So what’s up with these coffee making people feel unwell?

It would be good if these companies actually answered their customers’ questions. And if their coffees really are making people sick, they need to take their products off the shelves.

Or at least change their tagline: Good till our last customer drops.